A Chapter Comes to a Close…

The days of our living in Monterrey are coming to a close.  Another chapter comes to an end.  When I look back at my life, I can see those major chapters…even some I barely lived…:

México (2008-2011)…and this is the chapter that now comes to a close.  Life here has been a wonderful journey, with ups and downs, with its fair share of good times and bad.  All in all, Monterrey, Mexico, has been a great time—a time of growth and self-discovery.  As we leave here, we leave with mixed emotions…

I will miss some aspects of life here.  The huge city with all its life and energy and movement…this is one of the exciting things about this place.  I love riding the bus, seeing the people, smelling the smells of the city.  I won’t miss the traffic, but the sheer mass of humanity—though overwhelming at times—I will miss.  I will miss the views of this city—the mountains are spectacular!  To see the Sierra Madre rising to the south of the city, sheer, towering peaks over the city…this I will miss. 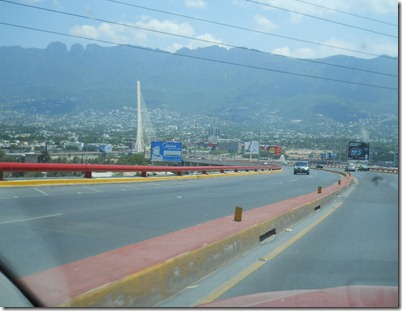 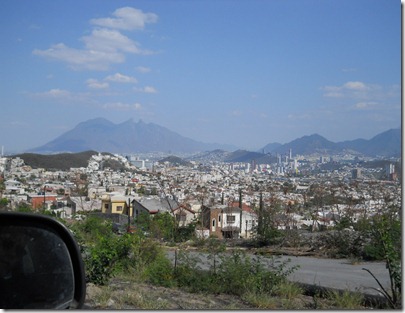 Everything in this city is convenient…that is, there are shops and restaurants everywhere!  Within 2km of our apartment there are THREE major grocery stores and four or five marts.  Then, there are little restaurants everywhere…and of all sorts: an Italian pizzería, a French crepería, Argentine empanadas, and all the tacos that a soul could ever want.  We don’t want for foods…that is for sure.

And, there are the friends.  I don’t have a lot of friends…never have, and probably never will.  But, the friends I have are real friends.  I’m going to miss my occasional coffee with my Moroccan friend, Adil…. 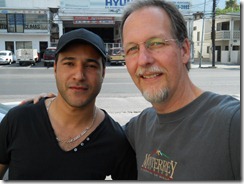 Adil brings such a fresh perspective to life.  Lived all his growing-up years in Morocco…and now lives in Mexico with his Mexican wife and daughter.  Speaks FIVE languages.  He is a teacher—we got to know each other when I taught at the University of Monterrey.  Anyway, he and I still meet for coffee every couple of months…and I will miss him.  Yet, if all goes well, I’ll be back to visit with him every so often….

Well, it is the end of a chapter…and I’ve learned much.  I don’t love administration—my stint as Academic Dean at the Seminary has taught be this.  I love teaching and I’m good at it—and this was reinforced both at the Seminary and the Teachers’ College where I taught a variety of courses…and had the most amazing students.  I will miss my students…but as with Adil, I hope to come back to visit with them every so often, just to catch up, share, and spend time providing a positive influence in their lives.

I imagine I could write for a long time, but the day goes on…and there is much yet to do.  In these last six days of life here in Monterrey, I imagine that I will have much to write as the various thoughts and emotions swirl around in my head, seeking an outlet.  This blog will be that outlet…so, more to come.

Posted by Wilderness Wonderings at 9:27 AM No comments: