And, what in the world is a TCK (also known as “Global Nomads)???  A TCK is a “third culture kid”…and here’s a good place to begin:

"A person who has spent a significant part of his or her developmental years outside the parents' culture.  The TCK builds relationships to all of the cultures, while not having full ownership of any.  Although elements from each culture are assimilated into the TCK's life experience the sense of belonging is in relationship to others of a similar background." (Pollock & Van Reken, 1999)

This comes from a good introductory article about TCKs…an article that goes on to talk about the many positives of being a TCK, and the negatives.  Another good site is here.  These article give you the nuts and bolts, but I want to talk about my own experience…and how it has shaped and continues to shape my life.

A little biography to begin with:

And, the story of my children may be very similar—they’ve already (all three) lived in 12 different homes in three states and three countries; and Jesse attended seven schools before graduating.  They, too, are now TCKs—those adaptable, creative, self-confident, un-grounded, un-decided, go-with-the-flow sort of folks.

My cultures—in order of influence—are: Caribbean, southern American and Latino.

We first went to live in Guyana, South America…a small, little-known country that boasts significant Hindu, Muslim and Christian populations—a country that itself is a tri-cultural mix.  While geographically a part of South America, it is more culturally aligned with the southern Caribbean.  Why not throw a little American kid into that and see what comes of it?? ha,ha… 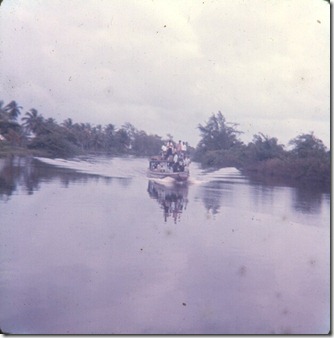 We left the US to live in Guyana when I was just four-years-old.  I have very few memories of my life, my childhood, before Guyana—all of my earliest, clearest memories come from Guyana.  I remember the rains that would come and flood everything…and my brothers building boats out of scrap wood and canvas…then floating around Oleander Gardens for hours on end.  I remember walking barefoot in the flood waters and slicing open my big toe (the scar is still there).  I remember catching snakes and insects of all kinds after the flood waters receded.  I remember making kites around Easter, beautiful, colorful six-sided kites with a “singer” that buzzed and trilled in the wind.  I remember “Phagwah Day”…throwing the pink-purple dye…and having it thrown at me.  Riding dray-carts—the rickety, wooden carts with old car wheels, pulled by a donkey or mule.  Riding the old, wooden launches with thumping diesel motors up Mahaica Creek with my Dad to the missions he had helped plant up the river.  Swimming in the Esequibo river, finding old (300-year old!) bottles.  Traveling into the Rupinuni and seeing Kaieteur Falls…741 feet high…and staying at the Dadanawa ranch…visiting the Wapishana and Wai-Wai Indians in their villages!  Oh, I have a million beautiful, enduring memories from those four impressionable years of life there. 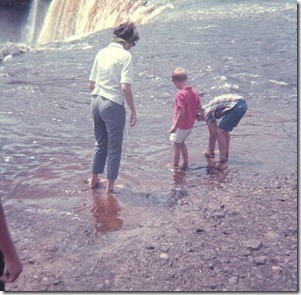 And, I remember seeing a dead person for the first time…on a Sunday morning…lying on the highway where he had been hit by a car.  A lot of people on bicycles shared the highways at the time--I remember seeing lots of bodies on the highways through the years there.  I remember the smell of burning flesh…the cremation grounds by the sea were very close to where we lived, and when the wind changed, we would smell the mixture of wood and spice and flesh.  I saw violence—as we drove to church during election season and cars were burning, and people were shouting and running around with their machetes.  I remember the drunks dad would pick up along the highway and take to their homes…and the smell of their vomit as they threw-up out the window of our old VW van.  I remember the lady that seemed in distress standing at the edge of the canal near our house…how Mom went to get her in the van…and then how that lady miscarried in our shower. 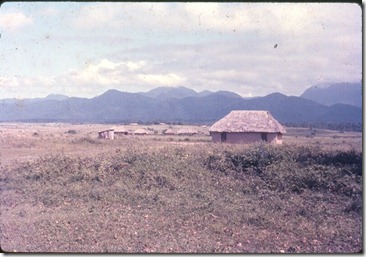 Guyana was a land raw and vibrant and cruel and lovely.  It was a land where a child lived in a dream world, free to roam and run with friends through the fields.  It’s where I learned my first songs (reggae) where I developed my first loves of food (roti, chicken pilau, curry—Yummm!), where I learned to swim (the Tower Hotel). 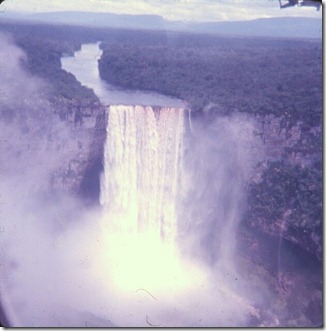 And, it was the place that my spiritual eyes began to flicker open.  My parents were missionaries…and besides the evangelistic and church-planting events, I was surrounded by people in incredible need…and I saw my parents responding with action and word and presence.  And I wondered about what motivated them…and I knew that I had no interest to help others…but I wondered why I had no interest.  God spoke to me through the people around me…and showed me that there is a better way than the self-centered path, and God began to show me that only by His gentle presence can I escape the self-centeredness and focus on others.  I remember taking my first steps of faith in Guyana. 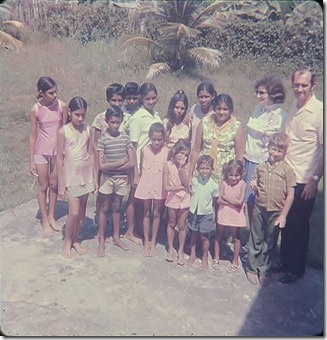 Posted by Wilderness Wonderings at 3:45 PM